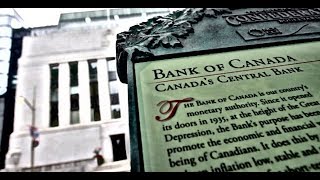 Bank of Canada Lawsuit
One of the most important legal cases in Canadian history has been crushed by the Supreme Court of Canada in 2017 for political reasons. Launched in 2011 by the Toronto-based Committee on Monetary and Economic Reform (COMER), the lawsuit would require the publicly-owned Bank of Canada to return to its pre-1974 mandate and practice of lending interest-free money to federal, provincial, and municipal governments for infrastructure and healthcare spending.
Renowned constitutional lawyer Rocco Galati has taken on the case for COMER, and he considers it his most important case to date.
On October 14, a Federal Court judge cleared away yet another legal roadblock thrown in the lawsuit’s path. The federal government has tried to quash the case as frivolous and “hypothetical,” but the courts keep allowing it to proceed. As Galati maintains, “The case is on solid legal and constitutional grounds.”
When asked after the October procedural hearing why Canadians should care about the case, Galati quickly responded: “Because they’re paying $30 or $40 billion a year in useless interest. Since ’74, more than a trillion to fraudsters, that’s why they should care.” (COMER says the figures are closer to $60 billion per year, and $2 trillion since 1974.)

The Fraudsters
Created during the Great Depression, the Bank of Canada funded a wide range of public infrastructure projects from 1938 to 1974, without our governments incurring private debt. Projects like the Trans-Canada highway system, the St. Lawrence Seaway, universities, and hospitals were all funded by interest-free loans from the Bank of Canada.
But in 1974, the Liberal government of Pierre Trudeau was quietly seduced into joining the Bank for International Settlements (BIS) – the powerful private Swiss bank which oversees (private) central banks across the planet. The BIS insisted on a crucial change in Canada.
According to The Tyee (April 17, 2015), in 1974 the BIS’s new Basel Committee – supposedly in order to establish global financial “stability” – encouraged governments “to borrow from private lenders and end the practice of borrowing interest-free from their own central banks. The rationale was thin from the start. Central bank borrowing was and is no more inflationary than borrowing through the private banks. The only difference was that private banks were given the legal right to fleece Canadians.”
And that’s exactly what “the fraudsters” did. After 1974, the Bank of Canada stopped lending to federal and provincial governments and forced them to borrow from private and foreign lenders at compound interest rates – resulting in huge deficits and debts ever since. Just paying off the accumulated compound interest – called “servicing the debt” – is a significant part of every provincial and federal budget. In Ontario, for example, debt-servicing charges amounted to some $11.4 billion for 2015.
What is key to the COMER lawsuit is that the Bank of Canada is still a public central bank (the only one left among G7 countries). Their lawsuit seeks to “restore the use of the Bank of Canada to its original purpose, by exercising its public statutory duty and responsibility. That purpose includes making interest free loans to the municipal, provincial, and federal governments for ‘human capital’ expenditures (education, health, other social services) and/or infrastructure expenditures.”

From the Biblical viewpoint, usury is a heinous sin. The main Hebrew words used for “usury” are nashak or neshek, meaning “to strike with a sting like a snake, bite, lend with usury, exact interest on a debt.” Exodus 22:25 says, “If thou lend money to any of my people that is poor by thee, thou shalt not be to him as an usurer, neither shalt thou lay upon him usury.”

Leviticus 25:35-38 is more specific. It states that we are to relieve our poor brethren, taking no usury or increase from them. Verse 37: “Thou shalt not give him thy money upon usury, nor lend him thy victuals for increase.”

The church saw Usury as a mortal sin and prosecuted it as such for 1500 years, with usurers being refused absolution, their will and testimony being nullified and their descendants deprived of all inheritance, usurers would have no Christian burial and all their possessions would be seized and distributed among the poor.